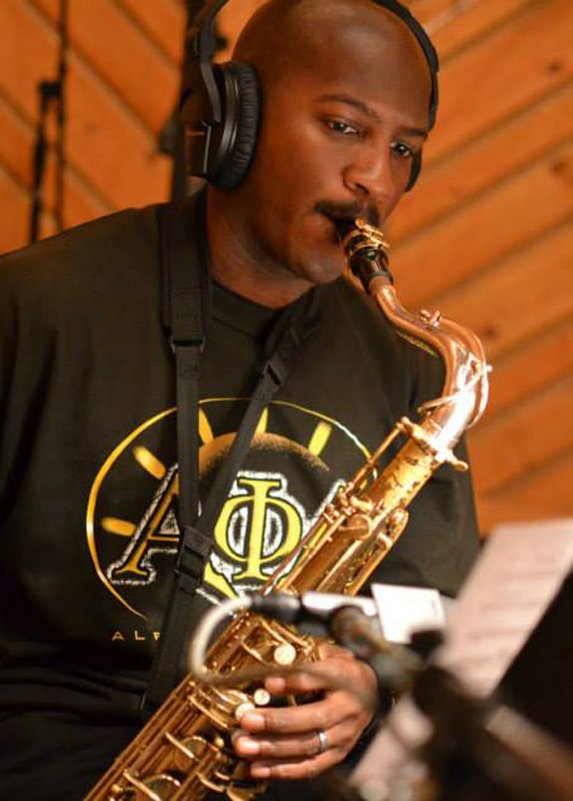 Houston Texas native Cedric Mayfield, clarinet and saxophone, has been
with the U.S. Coast Guard Band since July 2010. He is a graduate of Southern
Methodist University and the University of Memphis. Cedric has performed in a
variety of musical settings. He came to the Coast Guard Band by way of the
U.S. Air Force Band in Europe (Rammstein AFB) , as well as The U.S. Air Force
Band of the West in San Antonio TX, where he toured extensively as a band
member, leader, and soloist. In 2008, he was part of a specially collected group
of musicians who embarked upon a three month tour of the Middle East for
troop morale and social outreach. In the Air Force, he performed in a variety of
ensembles, including concert band, chamber music groups, jazz, pop, and rock
bands. As a civilian, he has performed with a national tour of the Broadway
musical The Music Man, and spent four seasons with Galveston Island Musicals.
He has also performed with orchestras, chamber groups, gospel choirs, big
bands, salsa bands, even a polka band! Many of his compositions and
arrangements were featured as a founding member of the acclaimed ensemble
the S.A. Jazz Workshop (2006-2009). He is the founder and leader of the new
jazz ensemble Epitome (2016-present). Though he expresses himself in many
genres, classical music is Cedric’s first love. He has had the privilege of
performing with Wynton Marsalis, Chick Corea, Kirk Whalum, Bill Mays, Marvin
Stamm, Shelly Carol, B.B. King, the Village Vanguard Jazz Orchestra, Aretha
Franklin, The Four Tops, The Temptations, Roger Ingram, Trombone Shorty, Tori
Kelly, Joe McCarthy, Doc Severinsen, and many others.

Cedric teaches at CMS on Tuesdays.

In Summer, Cedric teaches at CMS on Mondays.