Building community through music since 1983!

The Hap Merrick Endowment Fund was established at the Community Foundation of Middlesex County in celebration of our 30th anniversary. Gifts to the endowment fund will ensure quality music education for generations to come!

As a member of the Community Music School Board of Trustees and an avid fan of the school’s programs, Paula Merrick knew that the creation of an endowed fund would be a sound investment in the school’s future – even if it was fifteen years in the making.

“I just love the Music School and my husband, Hap, and I always felt very strongly about ensuring its long-term continuity and sustainability,” said Paula. 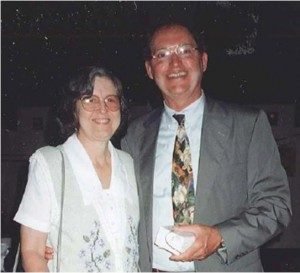 Harold E. “Hap” and Paula Merrick moved to Essex from the West Hartford area in 1993 after retiring. Hap and Paula, avid lovers of music, soon became actively involved with CMS. Both joined the Board of Trustees and worked diligently to ensure a sound future for the organization they cared so deeply for. Hap advocated for an endowment and a plan for the future of CMS. This dream would not be realized before the end of his term on the Board of Trustees; yet Hap’s passion and commitment for CMS would lead to a lasting legacy.

With Hap’s death in 1998, CMS and Paula Merrick began working towards fulfilling Hap’s goal of an endowment fund for CMS. Over the years, thanks to the generous donations of friends and Hap’s own planned gift, the groundwork turned into invested fund, a means of providing for CMS today as well as in the future.

Partnering with the Community Foundation is more than just financial investment management; it’s about ensuring Hap’s legacy for CMS and musicians and artists throughout our community today – and in the future.